Connect, Mentor, Hire: A Formula for Equity in Food Media

The global upheaval of 2020 put the fire under the seats of many leaders to make workplaces more equitable and inclusive across all industries. In the arena of food media, culinary producer and food stylist, Elle Simone Scott, appreciates the sense of urgency.

Recognized for being the first Black test cook to appear on America's Test Kitchen, Scott has excelled in her career while simultaneously planting seeds and facilitating the formation of new relationships since day one. "We're not about to wait," she adds. 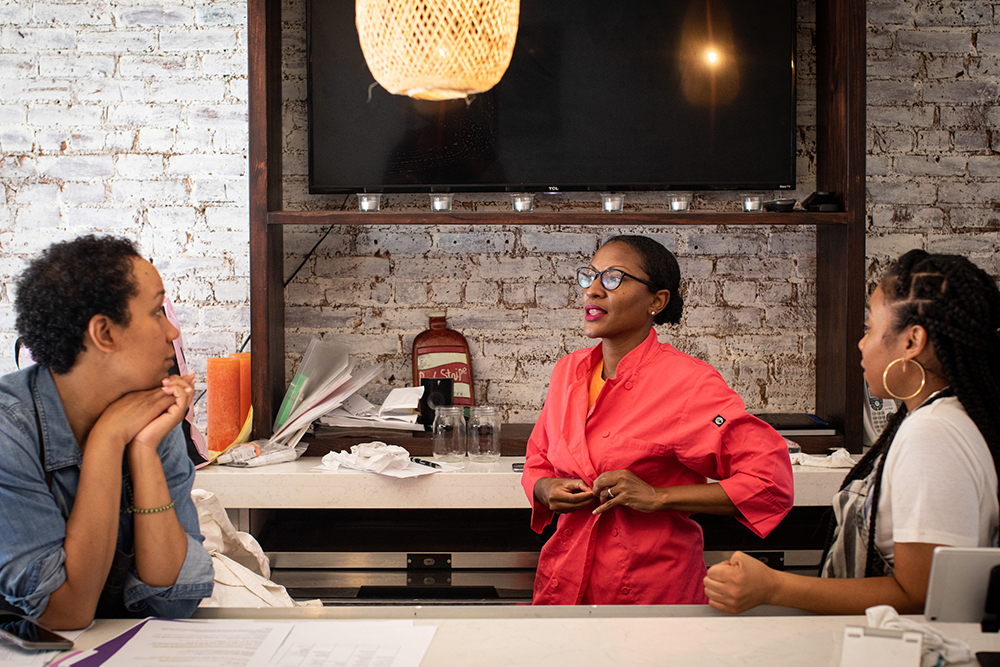 From her early days at The Food Network when she referred a Latinx culinary student to succeed her, Scott has stayed true to her formula: connect, mentor, hire. In an industry where finding work largely depends on who you know, opening doors to others is standard practice in food TV, print and digital media.

Though her current work behind the cameras involves a fair share of strategizing on how to make inclusivity a standard in corporate food media culture, Scott prefers to focus on making connections rather than having lengthy conversations about race and gender. "It's important, but really, we're not even going to talk about race right now. We're going to talk about filling this need from my network. If you have a need, I have a source." 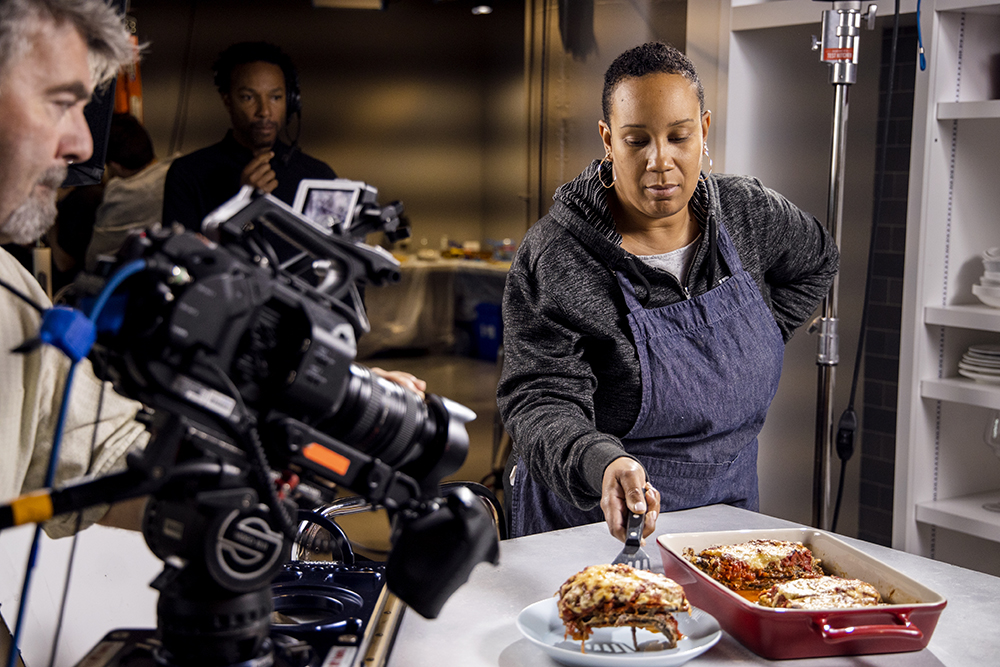 With the foresight to ensure that women of color in food media, hospitality, and food and beverage have a structure in place to seek each other out for mentorship and career opportunities, Scott launched SheChef Inc in 2013. Pre-pandemic, SheChef's work centered on "city tours", where panel discussions and meet-and-greets brought women with the same passion for cultivating community together. "For those who really adopted the philosophy of paying it forward," Scotts says, "they really just jumped right in."

Founding member, Chimere Ward of Clean Plate Co, was one of the first people to join Scott in bringing the SheChef mission to life. Shifting from their city-centric approach, in 2020 SheChef teamed up with the women-led logistics consultancy, Lunch Group, to broaden their network through online events.

"The huge digital shift brought on by the pandemic has made things that were impossible in the 'old world', possible now," Scott reflects. With SheChef's online event attendees tuning in from locales throughout the US and abroad, geography is no longer an impediment to making connections. "I can be in New Zealand, New York, and Chicago in one day," Scott says. 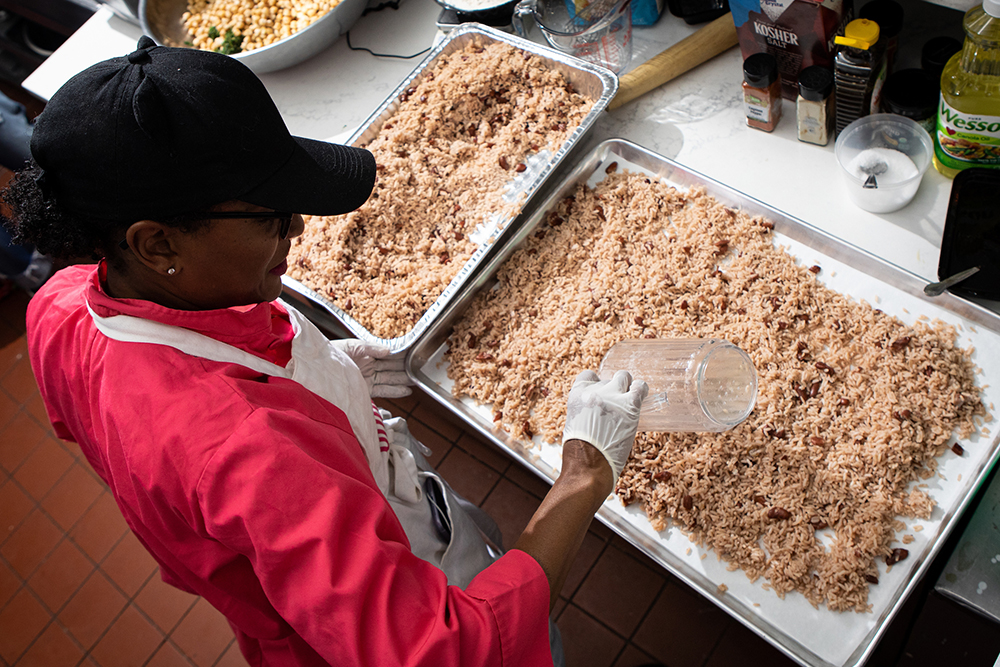 Ward prepping rice and peas for the SheChef pop-up dinner with Adá Supper Club, which celebrates Black and female expression through food.

Ward sees their move to online events as vital in helping women whose worlds have been turned upside down by the pandemic to stay motivated and open to new possibilities. "There are so many people out there who just don't know what to do now," says Ward.

Going online in 2021 has given members of the SheChef community the opportunity to talk e-commerce over fufu and chicken stew with UK Chef Zoe Adjonyoh, walk through publishing fundamentals with Klancy Miller of For the Culture magazine, and brush up on butchering and sustainable meat-raising practices with Michelle Sanchez of Niman Ranch and Chef Anita Cartagena.

It would help if we could educate people more on the options that are out there.

Outside of SheChef's online networking and educational events, as the host of America's Test Kitchen's The Walk-In podcast, Scott has created an audible career expo. Over fun, intimate conversations, food industry leaders walk listeners through their journeys developing careers that are often unknown, even to people with a formal culinary education.

"A lot of us go through culinary training programs and are never exposed to the different genres of culinary arts," says Scott. "People don't know that cooking shows are produced by people who also have culinary degrees. It would help if we could educate people more on the options that are out there," says Scott. 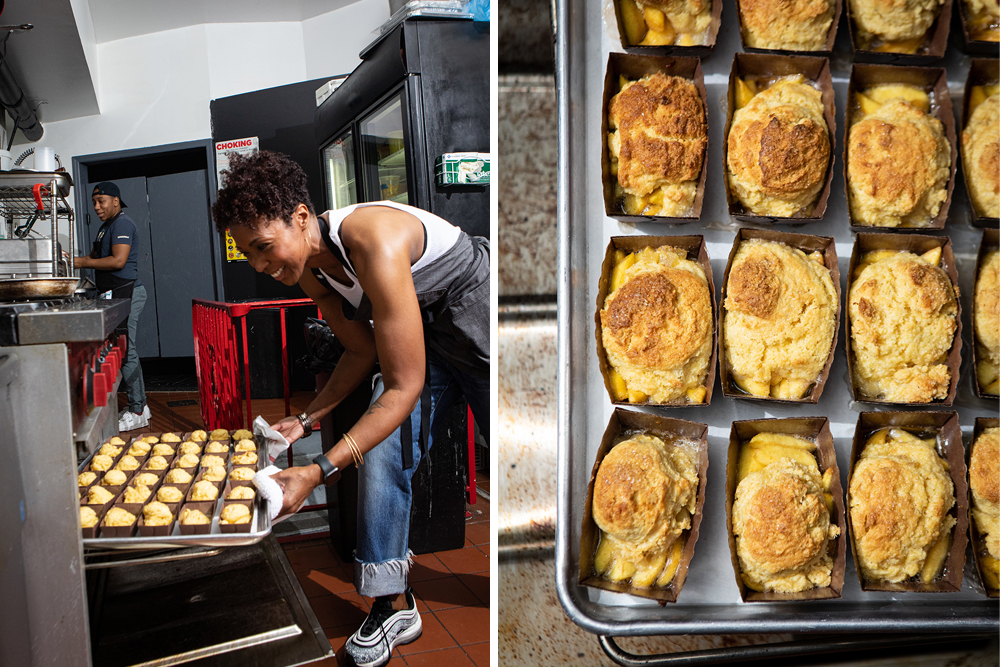 Pastry Chef Iesha Williams of The Salty Heifer prepares a cobbler for the dessert course.

Ward has expanded her work from mainly event catering to include culinary education, ensuring that anyone interested in working in food, especially young people in her community, learn about career options from people they can relate to. "Food and what it can do for human beings is not just about consumption. It's more than that," Ward points out. "Relativity is so important."

[The pandemic] reminded us of everything we are and can be.

As the food media world marks one year since the outpouring of revelations of discriminatory practices at well-known outlets like Bon Appétit, resources continue to flow into diversity, equity, and inclusion initiatives in the hopes of addressing unequal pay practices, erasure, and systemic disenfranchisement of people of color. Scott encourages anyone with true intention and resources to make social change in food media to start by hiring people who are not white and commit to paying them as if they are. "And, of course," Scott says, "don't erase their voices." 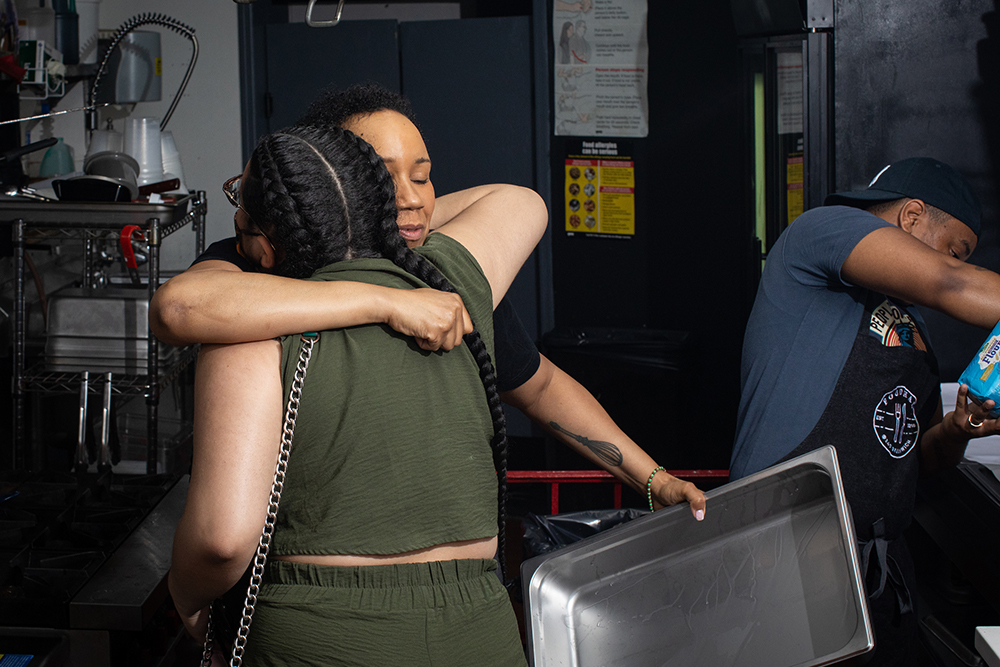 Rather than waiting for an invitation to the table, more and more Scott sees her BIPOC colleagues heeding the counsel she often heard from her elders to "take care of home first".

"[The pandemic] reminded us of everything we are and can be," says Scott. As someone with great grandparents from Mound Bayou, Mississippi, a town founded by formerly enslaved Black people in 1887, Scott is fully aware of the capacity of BIPOC communities to shape a more equitable future.

"Equity is something that we can create for ourselves and distribute amongst ourselves," Scott says. "In 2021, we don't need someone to give it to us." 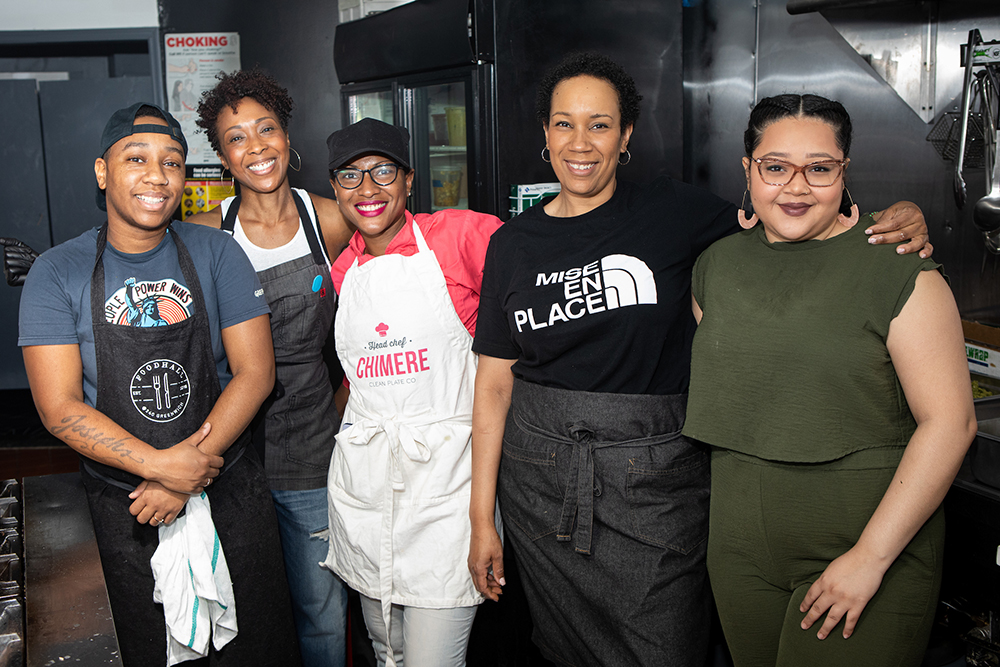 To see intra-community endeavors fully flourish, Scott acknowledges that work still needs to be done to dismantle old value systems that place academics over "street-earned" real-life education in communities of color. "These are different learning systems that can co-exist," Scott says. "And when they do, it usually turns out to be a beautiful thing."

For now, Scott and Ward plan to keep nurturing growth and elevating the work of women and people of color in food through their current platforms. Scott is also intent on creating more spaces for people of varying backgrounds to learn and produce top quality work together. With new paths being charted and reflection pools forming for more people to see their own faces, the food media landscape will look and feel different than it did before, and these two women are welcoming the changes.

Raquel Moreno cooks, writes, and tutors English as a Second Language in Philadelphia.

Clay Williams began photographing food and drink for blogs, newspapers and magazines in 2006. In the years since, he's hung off the back of food trucks in Paris, sweat it out in tight kitchens with Michelin-starred chefs and wandered through cattle farms with a team of butchers. He photographs assignments for The New York Times, The Wall Street Journal, The James Beard Foundation and Imbibe Magazine among others. Clay is also the co-founder of Black Food Folks, a platform for Black professionals working in food, food service and food media. The group has provided a space for members to meet, network, collaborate and tell their stories.

BACK TO STORIES
More stories in business, culinary, media