I crept slowly with respect when first approaching the idea to research the Indigenous history on the island of North Haven, Maine. I was going off of a gut feeling I got each night when I lived on the island at Turner Farms, a feeling that other people felt too, the feeling of unrest amongst a lot of beauty.

The first time I landed on North Haven, one of the Fox Islands located off the coast of Maine, I had just started a seasonal position at Nebo Lodge, an inn and restaurant in town. I lived on Turner Farms, the sister establishment which we were known to source our produce from. I biked to work every day and after long shifts on the line made my way back to the farm with the other summer line cooks I worked with. The night air would hit us with a hint of salt from the sea we were endlessly surrounded by. The bike ride home always ended with feeling swallowed by all the night we couldn't see but always felt. 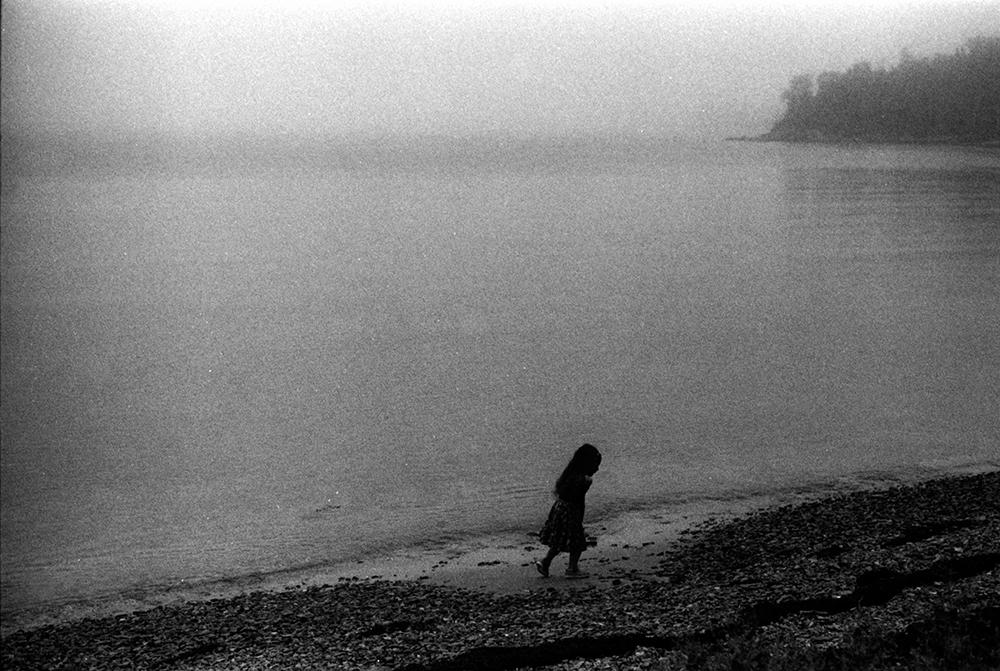 A quiet stroll on a foggy day at "Big Beach" in Mullen's Head Park.

Learning folk stories of the island is part of a tradition when living there. From shipwrecks to shell middens, what held truth being what words could last through time. A shell midden can speak of the culture and climate of a particular area of land where erosion takes place. It serves as confirmation that a specific culture of people ever existed. In an article explaining the importance of middens, The University of Maine describes, "in shell middens, bone artifacts and food remains are preserved, as well as ceramics. These materials, when combined with the shell and botanical remains, provide information about diet, technology, and seasons of site occupation."

In the Indigenous stories of North Haven there is always speaking of the 'red paint people', and though the terminology is colonial, this community of swordfish hunters existed way before colonization, dating back almost five thousand years ago. Named after the copious amount of red ochre used in their burial ceremony, some of which was rediscovered during a now famous excavation done by archaeologist Bruce Bourque. 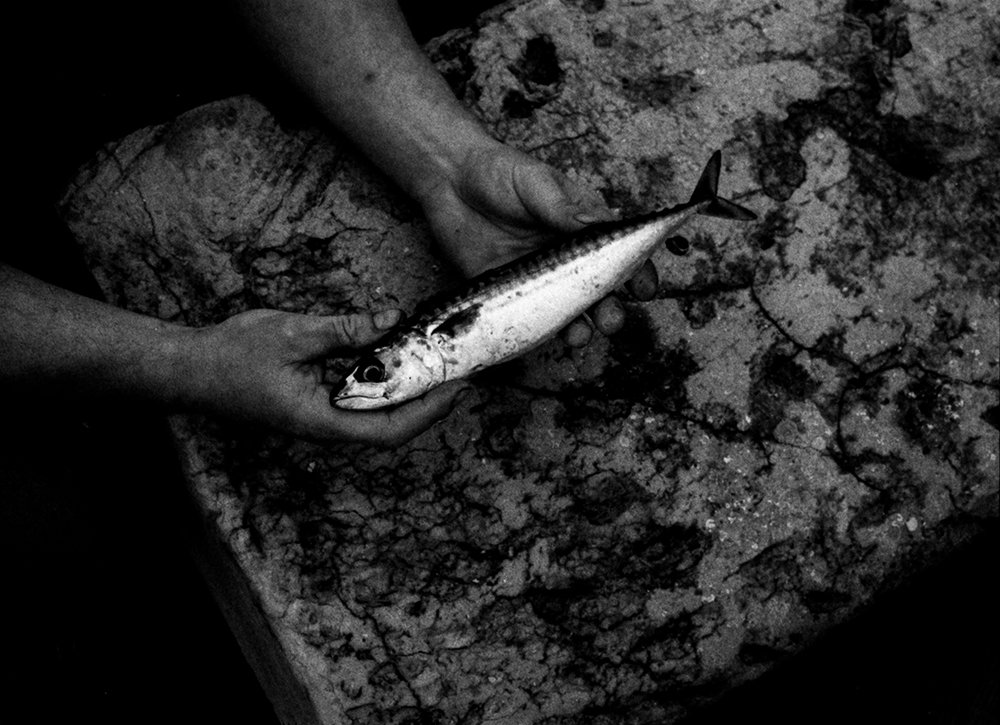 Mackerel caught fresh by a local.

The little I knew of the Penobscot people and the Wabanaki nation was more so due to a massive chunk of space that remained empty of any evidence relating to Native life ever inhabiting the land. When I learned of the excavation site that occurred at Turner between 1971 through 1980, I wondered about the findings by Bruce Bourque and the teams he led. I wondered if his science could trace a spirited presence back to the ancient grounds archaeologists dug up in the name of discovery and informative movements. I wondered where the descendants of the swordfish hunters were now, and whether the only way to follow the paths they'd traveled was through excavating sacred ground. 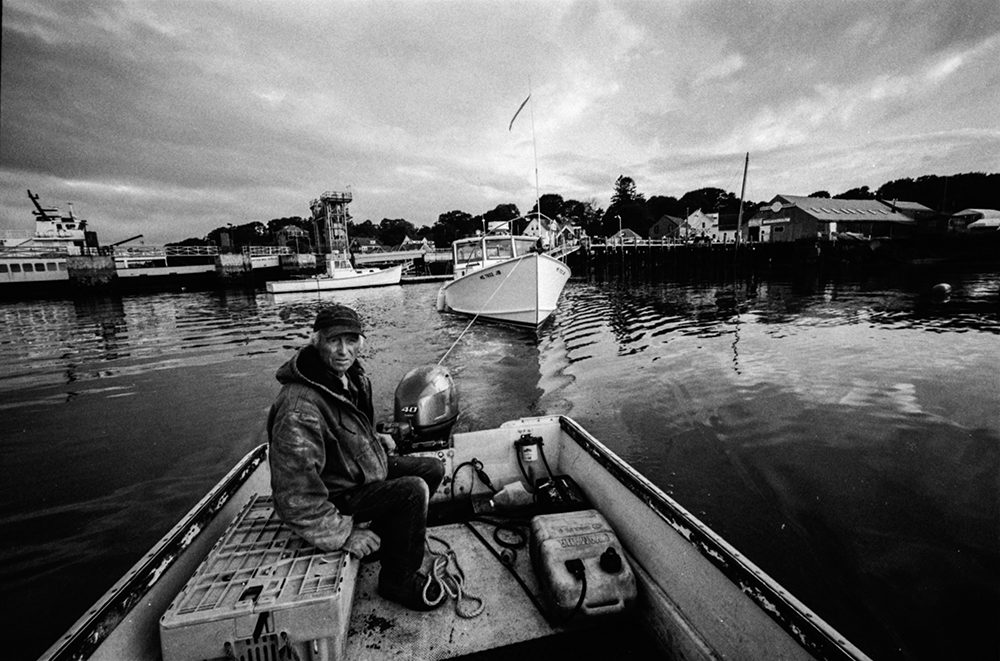 Foy Brown of Brown's Boatyard tows a lobster boat to its mooring with his skiff.

Most bookstores you go to in Maine have an extensive collection of nautical intelligence, both folk and fact, of the area. Next to that section is usually a smaller one dedicated to the Indigenous people of Maine. Although small, this section dedicated to the subject of Native life can be found at each bookstore and library.

To understand more of this particular excavation and what information it gave, I found Bourque's book, 'The Swordfish Hunters, The History and Ecology of an Ancient American Sea People' and tried desperately not to view it as a colonizer's journal of 'newfoundland'. In it we get an in-depth education on what the Gulf of Maine looked like four thousand years ago following the ocean's sea level rising from glaciers melting into the ocean, and how that understanding can lead to comprehending the swordfish hunters that inhabited the land. Understanding the complex nature of swordfish compared to hunting cod during that time encouraged the continued research of how a people acquired skills with the simplicity of evidence left behind in shell middens and burial sites. 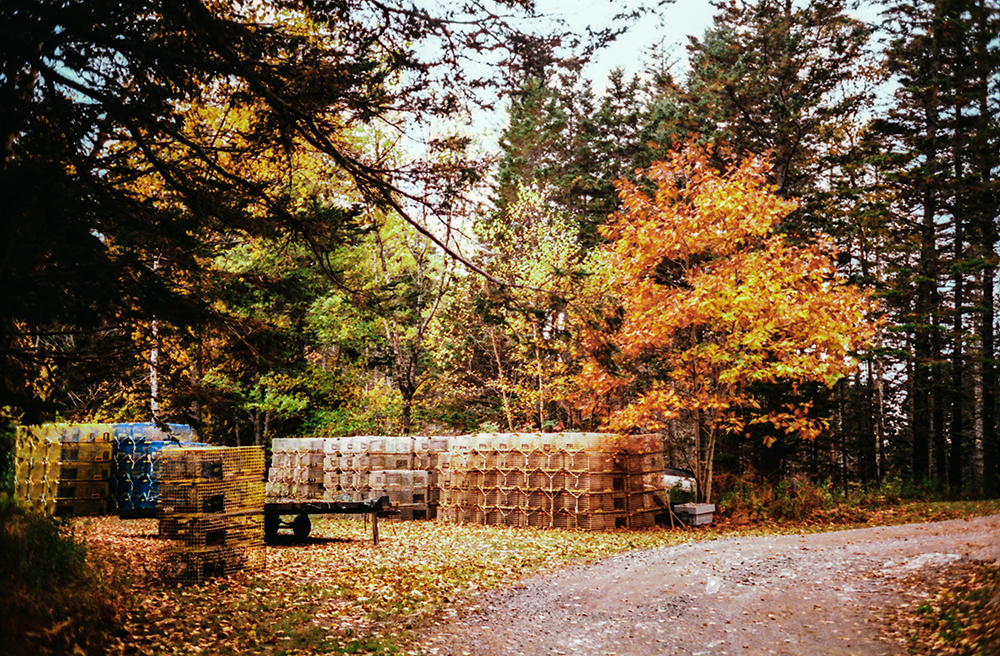 A load of lobster traps hauled for the season sits in a yard on South Shore Road.

The most famous of middens left behind by the swordfish hunters had Bourque traveling back to Maine, where missing the ferry to the island of Vinalhaven, the larger Fox island in Penobscot bay, created a "happy mistake" in landing on North Haven, where he soon excavated a one hundred foot long test trench at Turner Farms, that expanded within the first four seasons of excavation. At the Turner Farms midden the bones of swordfish and tools that may have been used to hunt them were found amongst the mostly decomposed clam shells. Bone fishhooks, beaver incisor knives, an artifact cache, and even a red ocher dog burial was found amongst the excavations.

The process of studying history and prehistory has indefinitely lacked the inclusion and approval of Indigenous people. Environmentalism is slowly refashioning the gate-kept narratives traditionally led by cis-white men, allowing the presence and council of a people to contribute to their own preservation. The swordfish hunters tell a remarkable story of the coastal stone age in North America, with technology that surpasses any modern day form of fishing. Some of what was found during excavations of shell middens and burial grounds date back two and three millennia before the era of swordfish hunters even began. 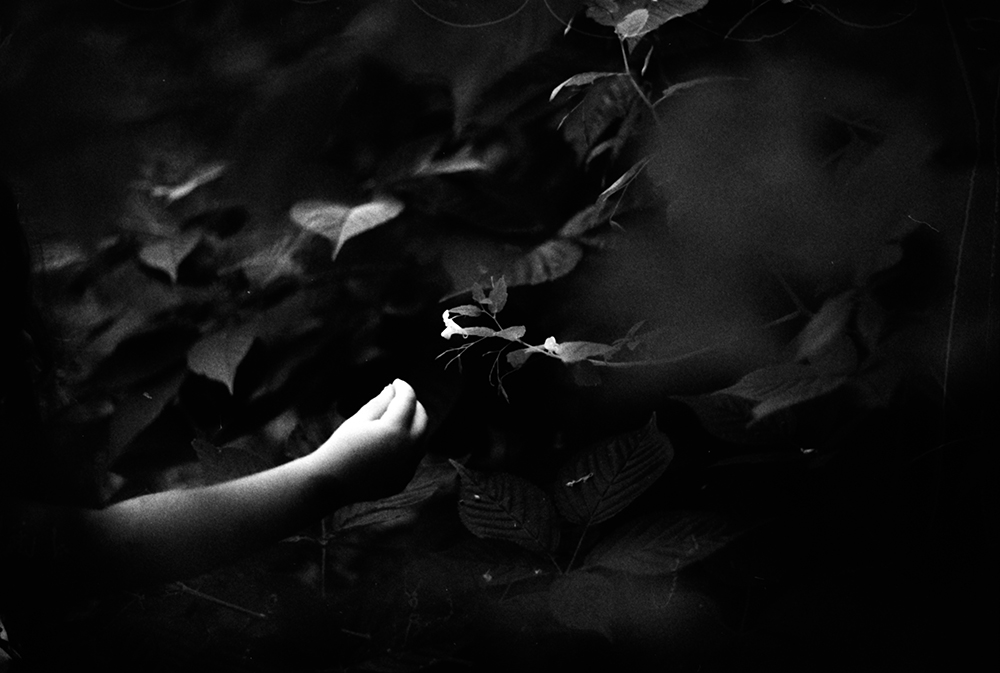 There's an eagerness to understand why and how swordfish in particular were hunted in this community. Being a notorious deep sea fish sensitive to ocean currents, we're left curious to the methods of how an ancient group of people sustained such a culture and then quickly vanished. There are writings that suggest potential environmental shifts that may have deeply threatened this forgone group of civilization. Others offer counsel that maybe through time the swordfish hunters dispersed amongst the Wabanaki nations, particularly the Penobscot tribe.

The mutual aid groups that directly sustain and preserve our marginalized communities are where the ground facts tend to live. My hope is that humans continue to ask about the earth and the lives that have inhabited it. Seeking stories from the mouths that hold its evidence is a great place to start learning. It is necessary that we can do so without colonizing or re-traumatizing the people we are so interested in. 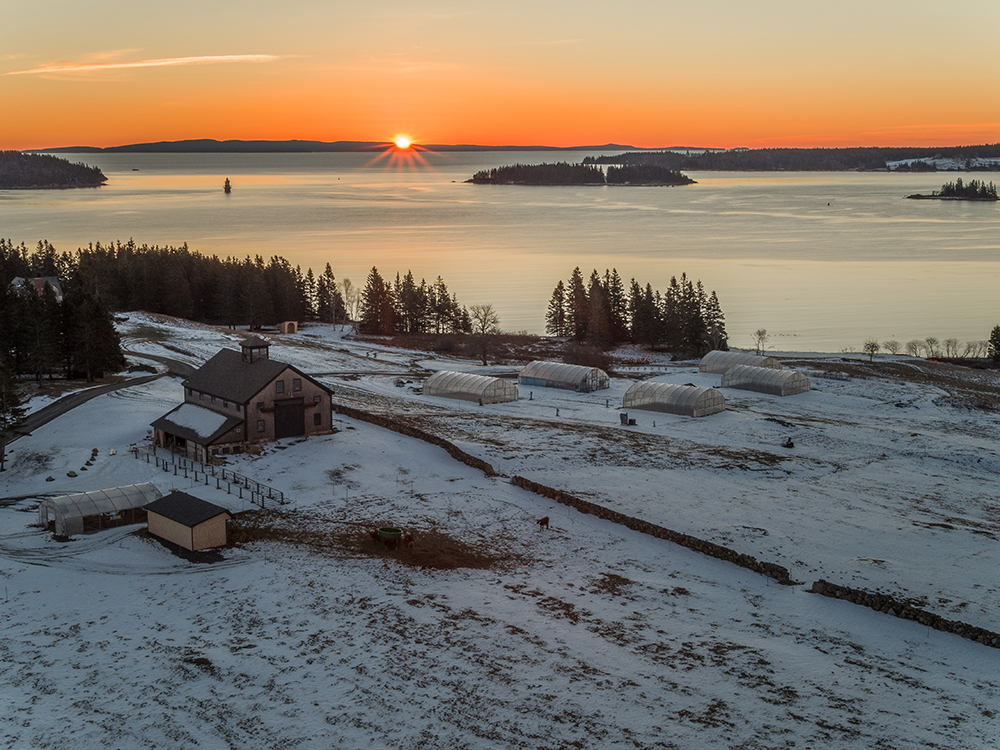 Jasmine Michel is a farm-to-table chef and writer. An alumni of The French Culinary Institute and the Eco Practicum School of Ecological Justice, she dedicates her work in food and writing to the marginalized. Jasmine also runs Dreamboat Cafe, a small food business of pop-up dinners and independent publishings surrounding the intimacies that mental, societal, and generational trauma brings to food.  @DreamboatCafe

William Trevaskis is a teacher, musican, and photographer living and working on the Fox Islands in the Midcoast of Maine. He teaches music at Vinalhaven School and is a graduate of the Berklee College of Music with a degree in music composition and theory. William makes ambient/new age/generative/xenharmonic music with his friend and collaborator Matt Lavallee, which can be found on Bandcamp.