It's not a great time to be a coffee farmer.

There's enough turbulence generated by volatile coffee prices, an increase in pestilence and disease, climate change, supply surplus, troubling economic and political turmoil and the resulting lack of workers - without even beginning to consider equality issues. As one of the world's most valuable traded commodities, a simple look at the market split between retail value ($83 billion in 2017) and agricultural export value ($19 billion in the same year) shows a sharp discrepancy between the value assigned to the work of those that grow the coffee, versus those that brew it. Once we understand that the export value has been substantially marked up by those that trade and export, we get a hint of how little actually goes back to the producers themselves. 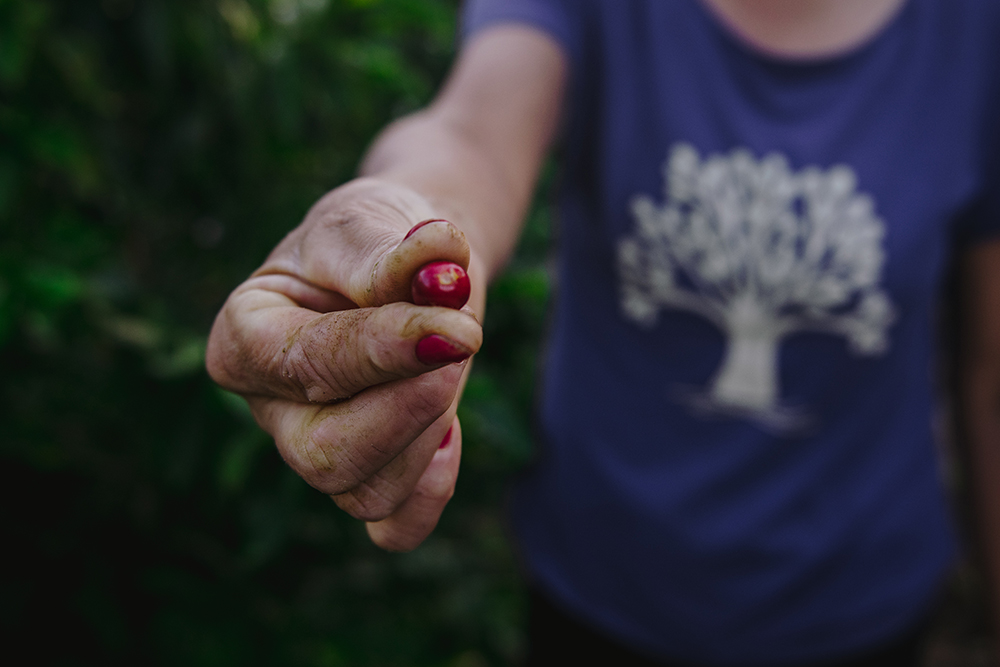 When I first heard of SungHee Tark, she was described as a young Korean woman dedicated to improving access to the coffee industry for female smallholder coffee farmers through a not-for-profit she co-founded in Costa Rica at the age of 23. Just the sort of trailblazer our industry sorely needs, I thought; and when I finally met her one chilly November at the Seoul Cafe Show, the largest coffee event in Asia, the rest of the story of this remarkable woman, who forged her own career path through persistence and passion, unfolded.

It takes an impressive amount of courage to start an educational foundation in a highly technical agricultural field in which you have little experience. It takes even more courage, as a young female from abroad, to embark on a self-led mission for gender equality in a highly politicized Central American country. But SungHee was familiar with the issues faced by female farmers, because her maternal grandmother was a lifelong rice farmer. "I had an understanding of what it meant [to be a female farmer] and in Korea back then it was a similar setting to Costa Rica now: very masculine, but even more conservative when it came to gender elements. My exposure to what my grandmother encountered made it a lot easier for me to empathize with the stories of female coffee producers." 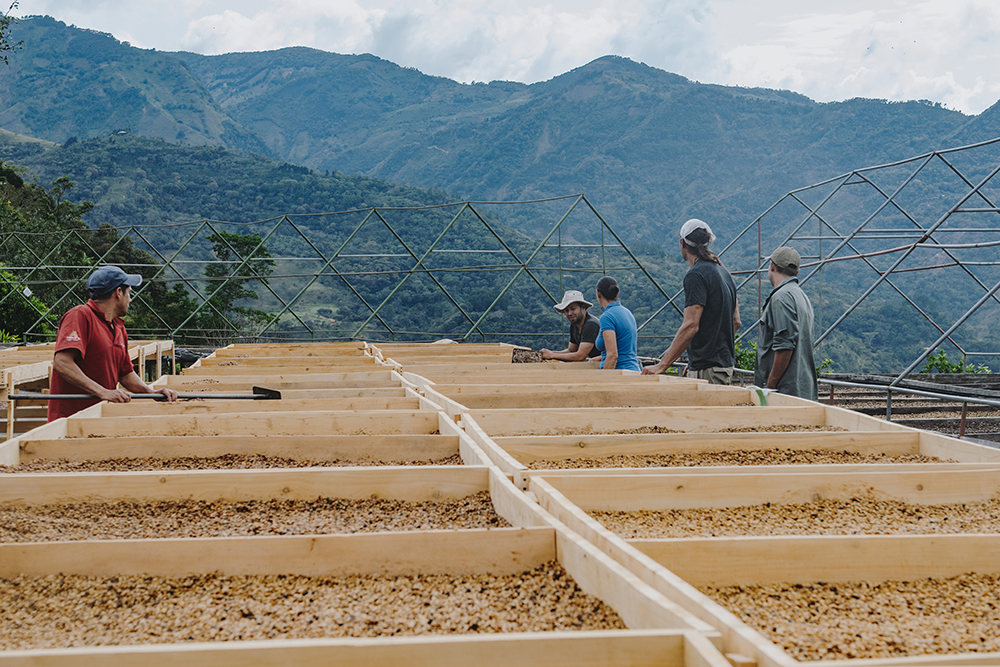 SungHee studied economic development in the USA, and in 2014, she and her classmate Abhinav were given an opportunity to help fundraise for a new community center in Costa Rica. Little did they know this was to be the first time they learned about the coffee industry: this fundraiser trip would change the direction of their careers.

they decided to 'unpack coffee on the streets' back home

They started out baking cupcakes and putting on dinners in the USA to raise funds, and when they finally went to Costa Rica to make their donation, they happened to arrive right in the middle of coffee harvest season. SungHee's coffee knowledge until then was limited to knowing that she liked to drink her coffee black. "But when we got there, the women and youth in the community were telling us 'this is how much we get paid per kilogram of coffee' - it was something like $3. In my head that just didn't add up - as we were easily paying $3 - $4 per [brewed] cup." These producers were getting paid certified fair trade prices, too - some of the best in the market. 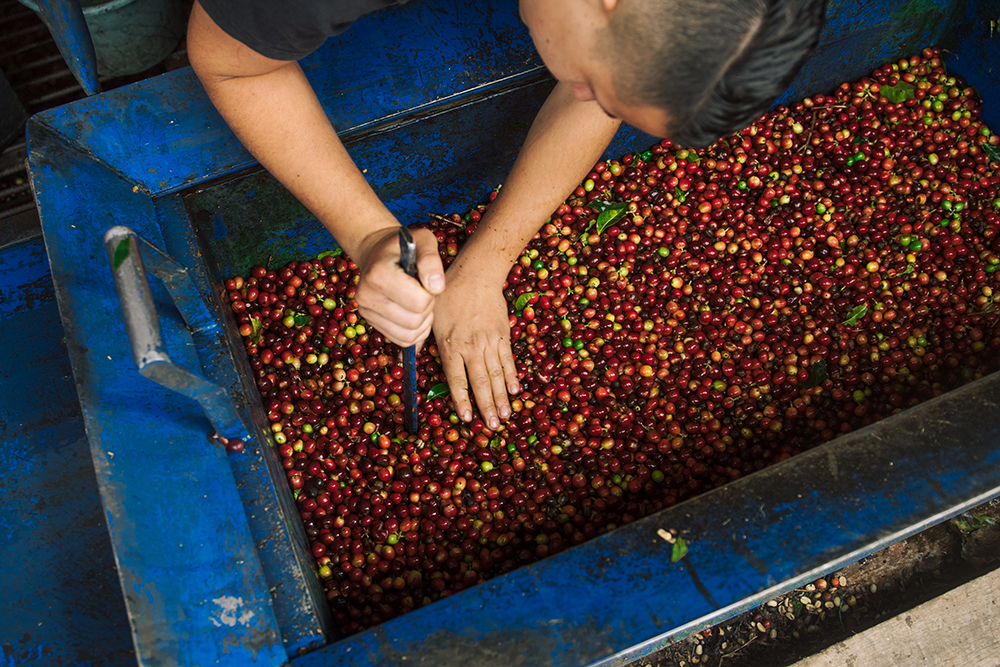 Workers at a beneficio (coffee processing mill) measuring the volume of coffee cherries with a yardstick. Producers get paid per fanega, which is equal to a 400 liter container. Rulers are used when the coffee does not fill the entire container.

Seeing that the system was not working for the producer, when SungHee and Abhinav returned to the USA they decided to 'unpack coffee on the streets' back home. "We received a grant from our university to meet with roasters, baristas and coffee shop owners and ask them the question: 'what's the coffee industry like for you?' There, at least, was some sort of clarity about what worked and what didn't. It was in such contrast to what the producers had been responding: 'I don't even know where my coffee ends up.'"

Looking for a thread to begin unravelling the mysteries of the supply chain, they discovered that many smallholder farmers - specifically female farmers - didn't actually know anything about their coffee. "They told me, 'I don't know what my coffee quality is - I just was told to pick red cherries and dry it for this many days.'" SungHee says. "Then that's what they've continued doing for years. The successful farmers are often male and they know all the technical information: like, this is the temperature that you need if you want XYZ profile. We asked them: how did you learn? They told us they had attended training. We found women were silently excluded from this - they were not specifically told they couldn't come - but they were never invited." 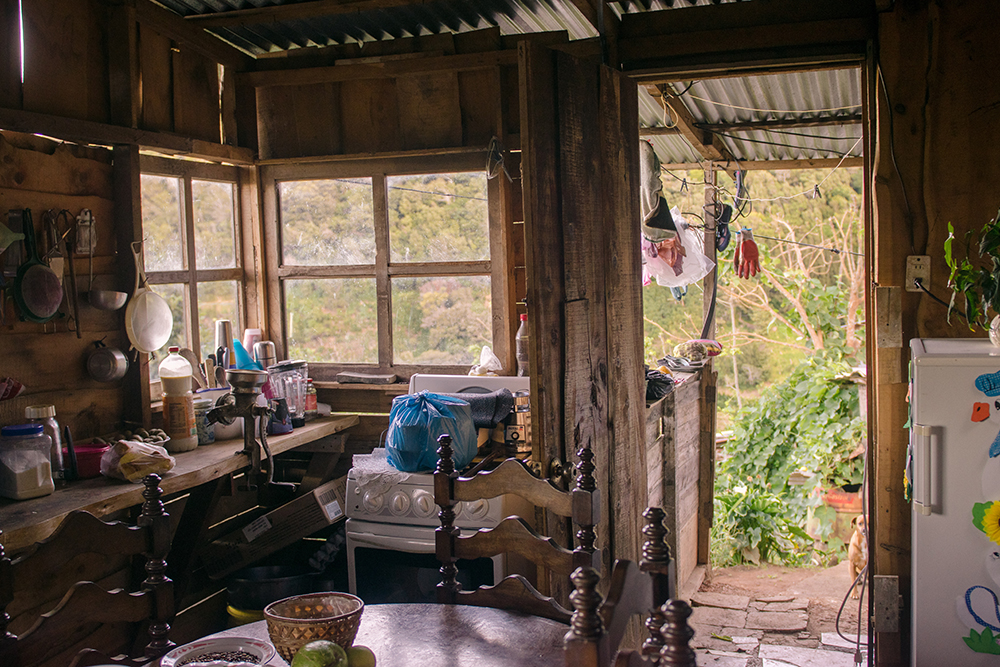 The rustic and simple kitchen of one of Bean Voyage's producer partners.

After graduating in 2016, SungHee and Abhinav went back to Costa Rica. They didn't intend to start Bean Voyage, but they felt the need to answer the questions they had raised during their university research. "We visited seven different coffee farming communities. We were recording their stories and asking them questions like, 'What is it that you are going through right now?' and 'Do you feel this is because you're a woman?' What they were telling us?I remember just thinking, that's really unfair."

It became clear that beginning to bridge the gender gap could start with one simple thing: increased access to education.

What they found was that the coffee the women produced was often lower quality than that of the men, and as a result they earned less for their crop. Effect clearly linked to cause: they didn't get paid as much, as they didn't have the knowledge to produce specialty coffee - because they didn't have access to the same level of training. It became clear that beginning to bridge the gender gap could start with one simple thing: increased access to education. 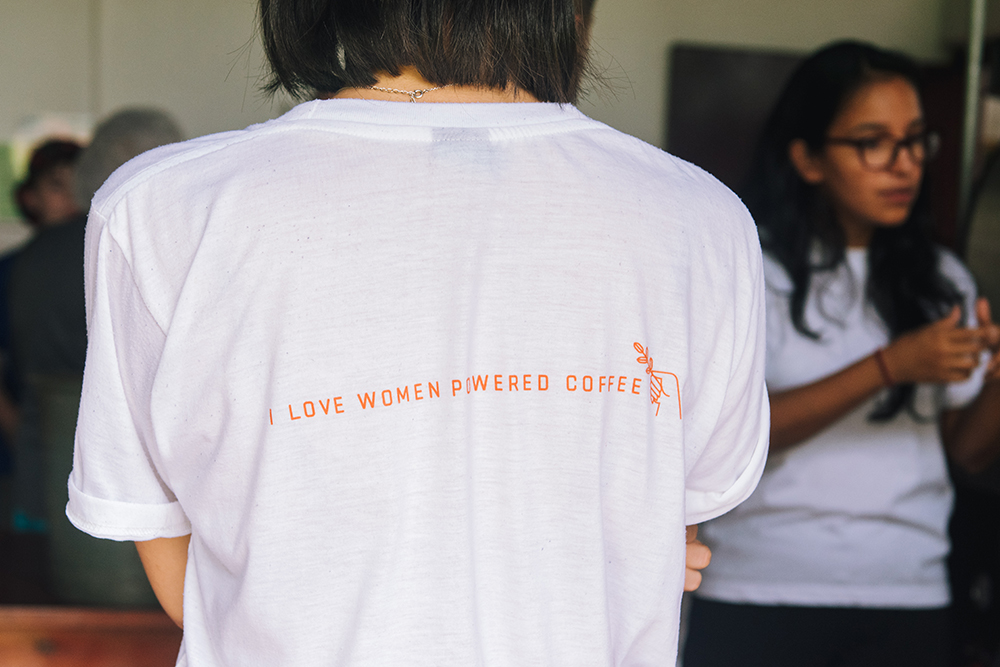 Their qualitative research paid off - the breadth their passion project had covered, and the lengths to which they went to obtain their answers drew attention from local and international organizations. Within a short period of time, Bean Voyage was funded as an educational foundation, and backed by a Board of Directors ready to act in advisory capacities.

To begin, they needed to convince their partners to offer this education to women only. "One of the first reactions from our partner organization was that they had always opened this workshop up for everyone, and women just don't show up. So we said, let's create one where we only invite women and see how many people show up then: everyone showed up for 90% of the workshop. Then [our partner organization] decided that this was discrimination against men!"

We initially want to reduce the gender gap, but ultimately the goal is to open it up to everyone.

In response, SungHee and Abhinav decided to introduce a unique element to their training, which has contributed heavily to their initiative's overall success - a partnership with the Institute of Restorative Practices. Focusing on healthy conflict resolution and building interpersonal relationships between individuals and communities, they offer gender workshops to the community to help to 'set the scene' for the changes they want to make - without opposing societal structure front on. "It's so difficult to handle, especially being a foreigner. We don't want to come in and directly say what needs to change. But we can now hint at it by opening these classes up to women only." 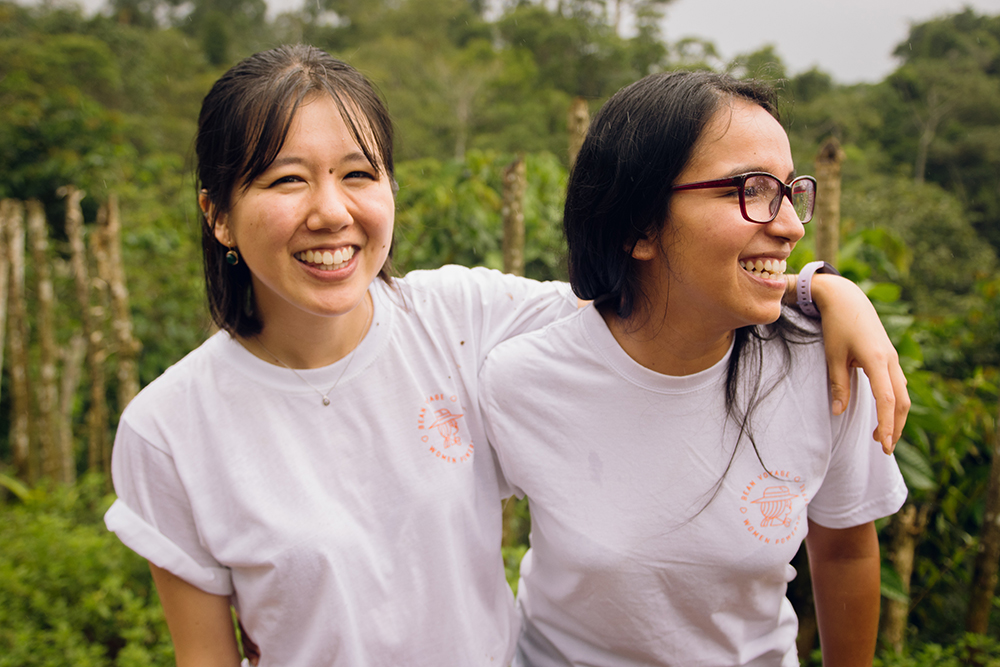 SungHee Tark (left) and Adrianna Vasquez enjoying a moment during a community visit. The Costa Rican summer months are filled with rain and visits can get quite wet and muddy.

Although Bean Voyage classify themselves as a feminist organization focused on building an equitable value chain, their end goal is to be able to open these opportunities to all smallholder producers. "We initially want to reduce the gender gap, but ultimately the goal is to open it up to everyone. And at that stage - and to make sure it remains equitable in the future - men will have to attend these workshops with a female partner, or a woman from their family."

Lani Kingston is a food consultant, author, and the founder of F&B support agency, Four Seasons of Food. Her first book, How to Make Coffee: The Science Behind the Bean, was an international bestseller and has been translated into several languages. Lani has written extensively about food and drink for international publications, and developed F&B products and brands around the world. Armed with a Masters in Food Studies, a Masters in Education, pastry chef and barista qualifications, she's spent the last decade working the breadth of the industry: she helped set up and ran the European offshoot of MAST Chocolate; led a food-waste-powered cooking school in Australia; set up a luxury coffee company in Singapore; and worked with renowned chef Dan Barber at his prestigious farm-to-table upstate New York restaurant Blue Hill at Stone Barns. You can follow her adventures in food on Instagram @lanikingston.

Alexa Romano is a recent graduate from Stanford University with an MA in Anthropology and a BA in Anthropology coupled with a double minor in Ethics in Society and Photography. Her undergraduate research discusses the production of "heritage" at both the central Andean town and UNESCO archeological site: Chavín de Huantar, Peru. Her master's research investigates the coffee commodity chain beginning with women and youth smallholder coffee producers in Costa Rica. She explores the mystified, obscured, and ethical/unethical relations that tether producer societies to consumer societies. She incorporates photography and storytelling into all of her research. You can find her on Instagram at @romanoalexa

BACK TO STORIES
More stories in agriculture, business, nonprofit