When Monica Berg graduated from college at nineteen, she announced that she was moving from her home country of Norway to Greece to become a bartender. Her parents had visions of a much more academic route for her, and were not completely on board with this plan.

But Berg's love of hospitality had begun at the age of fifteen, working at an amusement park selling ice creams. She found the diversity of the day a joy - the different people, the daily challenges. But it was when she covered a colleague's bar shift at an event that she realized bar work was the way forward. "I remember making my first gin & tonic and thinking 'this is amazing!' And, that I never wanted to be a server again. I wanted to be behind the bar - I was very comfortable with the space between me and the guests." 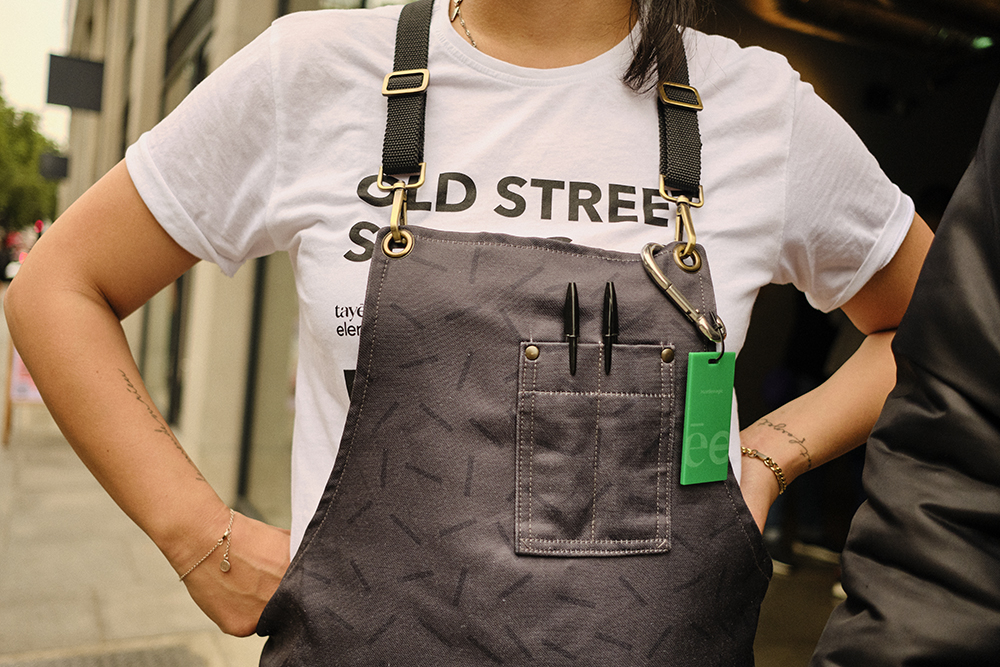 Berg took a four-week bartending course at H. Butlers Bartending School and had a great time working in various bars around Greece. She returned to Oslo with the intention of starting university but, "When I got to Oslo, I didn't feel like I was done [with the bar world] and so I took a gap year and a job working at a bar and a brewery."  In this role, Berg discovered her flare for sharing knowledge as she led people through a beer tasting. Fueled by a constant desire to improve her skills, she spent her time off doing various ad hoc bar work, from "the worst dive bars, to nightclubs and restaurant cocktail bars."

In an industry driven by brands and suppliers, it can be hard to get an unbiased education, and this became a passion for Berg.

It was during this time that the owner of H. Butlers Bartending School approached her and asked Berg to return to the school as a teacher specializing in beer. She went on to become General Manager and then owner of the school when the original owner retired. At twenty-three years old, Berg was hesitant to take on such a role, but she went for it on the advice of her father, who had by now come around to her field of work. The spirits industry is driven by brands and suppliers, which means it can be hard to get an unbiased education, and this became a passion for Berg. "One thing I think our industry suffers from is a lack of formalized education, so everything is subjected to someone's opinion [or influence]. This school was well established, it had been operating for twenty years, it was completely independent, which means we had to buy bottles ourselves [not supplied by brands to promote their products]. I decided that this was something I was going to continue. It was challenging with the cash flow, but it was important because it is the only time in a bartender's career that you have the possibility of tasting whole categories, where no one will say 'this is better / worse'." 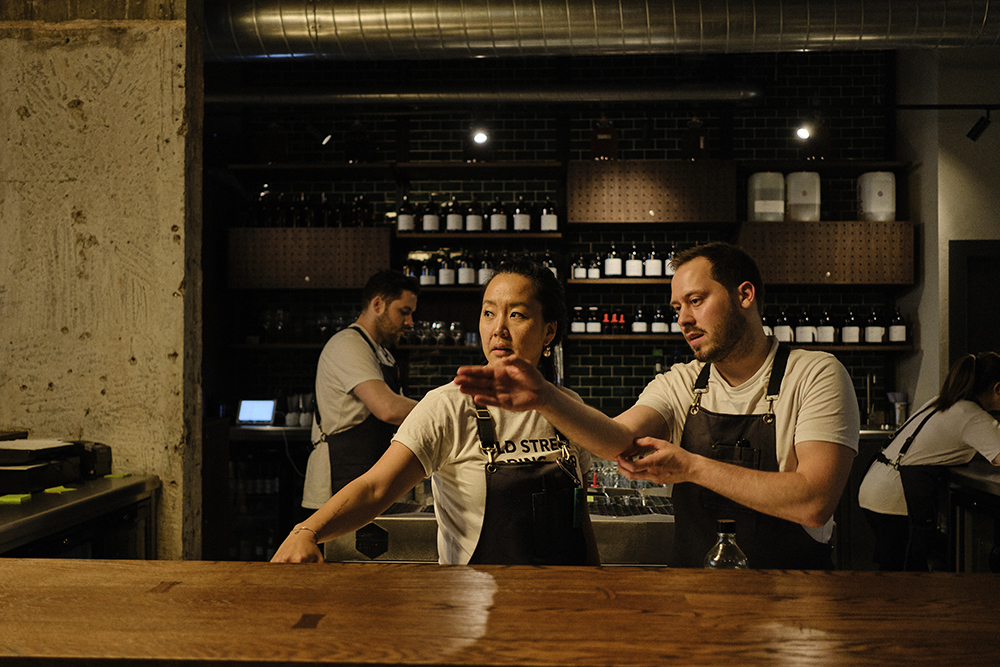 Berg (left) discusses service with a colleague behind the bar at Tayer + Elementary.

In response to a struggle for age-related authority - "The next oldest person there was born 25 years before I was!" - Berg worked extremely hard to educate herself, to be highly knowledgeable, and to dig deep and learn the details. "I once tried to read the Mexican legislation for tequila. It took me two weeks because I don't speak Spanish."

In 2009, she was offered another opportunity that she couldn't turn down - a new project in the north of Sweden. She hired someone to run the bar school in her absence and travelled to the village of Jakkasjarvi to open a bar in the Ice Hotel - a hotel and art exhibition made of ice and snow. Berg was attracted to the challenge of the space and the exceptional quality of ice - so pure that she was excited to use it in her own drinks.

She built that project up from the beginning, with a holistic approach. "You had to think about everything - how you dress to work and be in the bar made from ice; how do you maintain the ice for six months with people touching the ice every day, how do you be as sustainable as possible?" 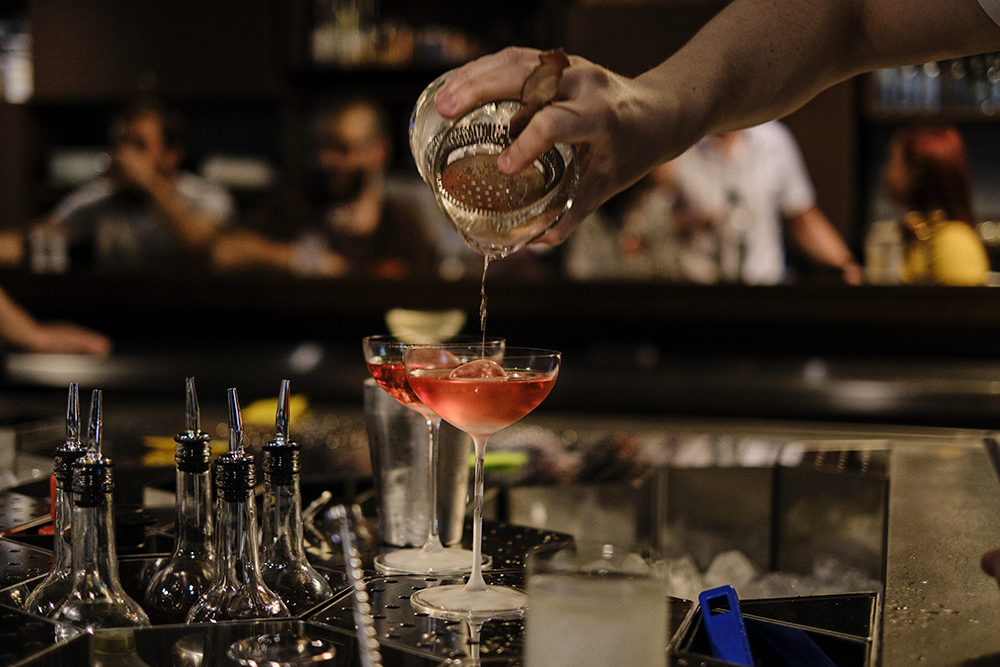 Like a restaurant menu, the drinks at Tayer + Elementary don't have names, just a list of ingredients.

Berg went on to join a collective of global bartenders to launch the project P(OUR), an annual gathering and weekend-long bar-focused symposium, aiming for connectivity, support and education across the industry. And in June of this year, she opened her own bar, London's Tayer + Elementary, with fellow bartender Alex Kratena. Situated by Old Street station, Tayer + Elementary sits on the crossroads of the City's financial centre and hip East London. The bar has been custom built so that the bar station, which sits in the centre of the room, can be adjusted and arranged to suit the individual bartender and their work needs. The bar is also wheelchair accessible. Ingredient sourcing is hyper-local and seasonal, calling on the team to be creative and think on their feet. "We wanted the kind of work space where we could make the food chain as short as possible," Berg explained.

We wanted the kind of work space where we could make the food chain as short as possible.

Tayer + Elementary manages to distil Berg's past and give a sense of what the future could be. There is a dedicated space for a library, which Monica hopes visiting bartenders will use to read and explore in their time off. This makes the space more of a hub, which Berg sees as an opportunity for ideas to grow.

On top of running a bar school, launching P(OUR), opening a bar in the ice, and now her own bar in central London, Monica has developed her own liqueur, Muyu, and managed the bar for Michelin-starred restaurant Pollen Street Social. This year she was awarded International Bartender of the Year at the  13th annual Tales of the Cocktail Spirited Awards. 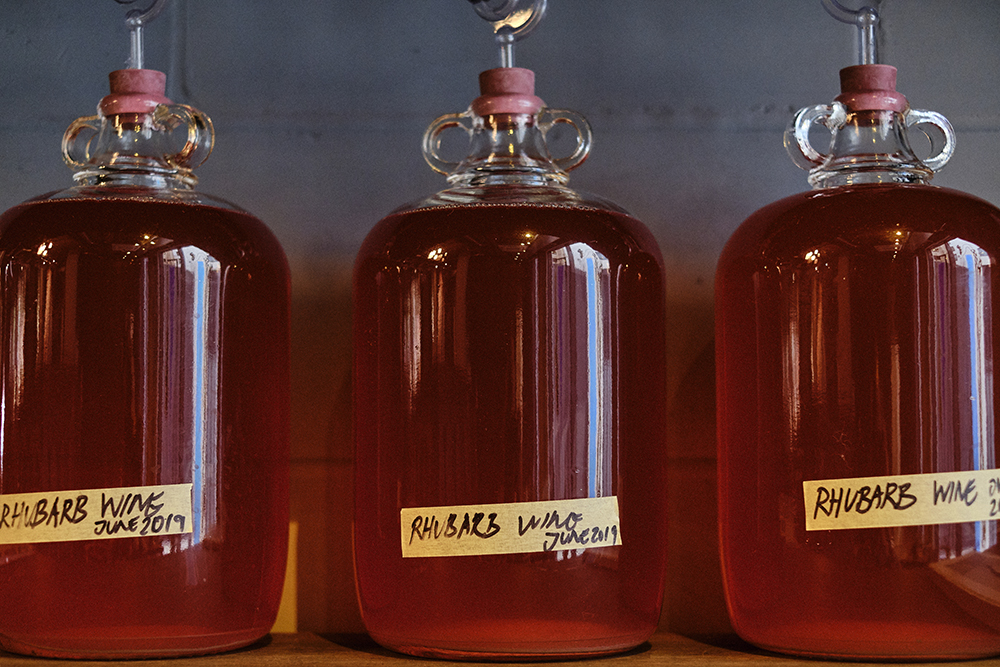 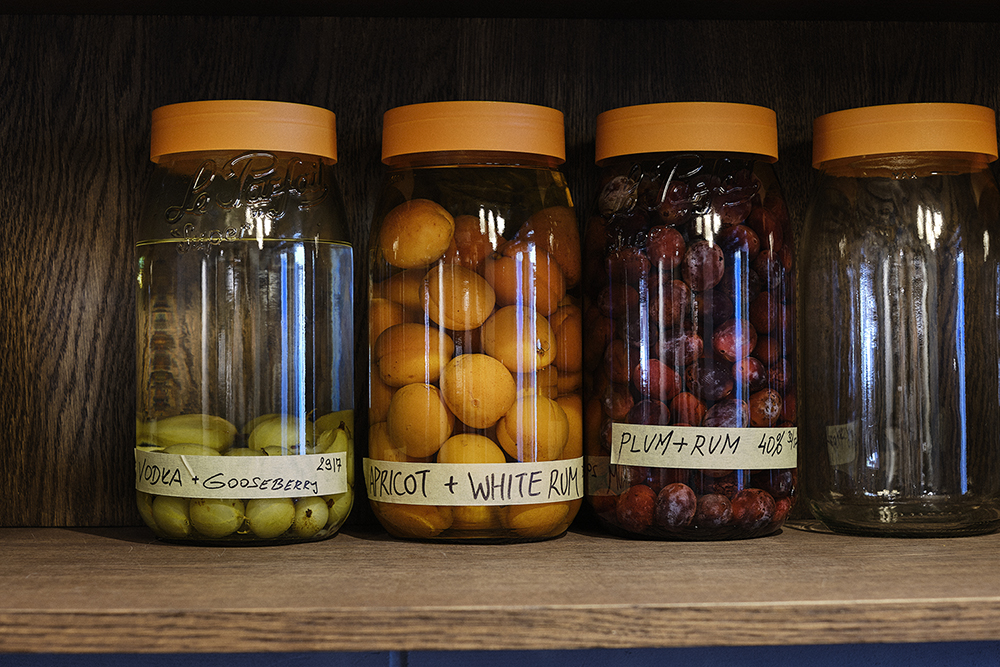 Collaboration and sharing are very much a part of Monica's ethos, and process is at the heart of her work. Although she is the first to admit her own impatience, you can see that detail, research and analysis are what drive her forward. With this approach it feels, despite all that she has already accomplished in following her heart this far, she is just at the beginning of what she can do. 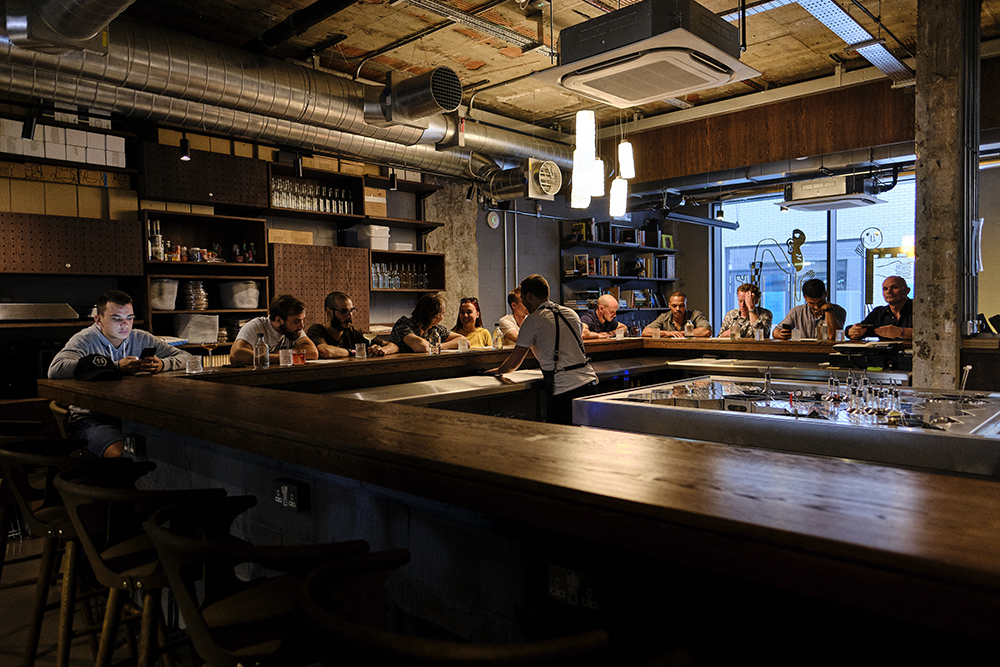 The central space at Tayer + Elementary is occupied by a large square bar, showing off the moodier side of a London evening.

Anna Sulan Masing is a food writer and academic, with recent bylines in Eater London, Yes & No magazine, Gal-Dem, Stylus and Crust Magazine. She is the founder of Voices At The Table, a podcast and events series, AMP (a meeting place), an online zine that amplifies women in food and drinks who have an eye on sustainable futures, and A&F Creative, a communications agency.

Ming Tang-Evans is a London-based photographer whose work centers around food and drink, travel and interiors. You can follow him on instagram @mingtangevans and see more of his work at www.mingtangevans.com

BACK TO STORIES
More stories in business, culinary, production