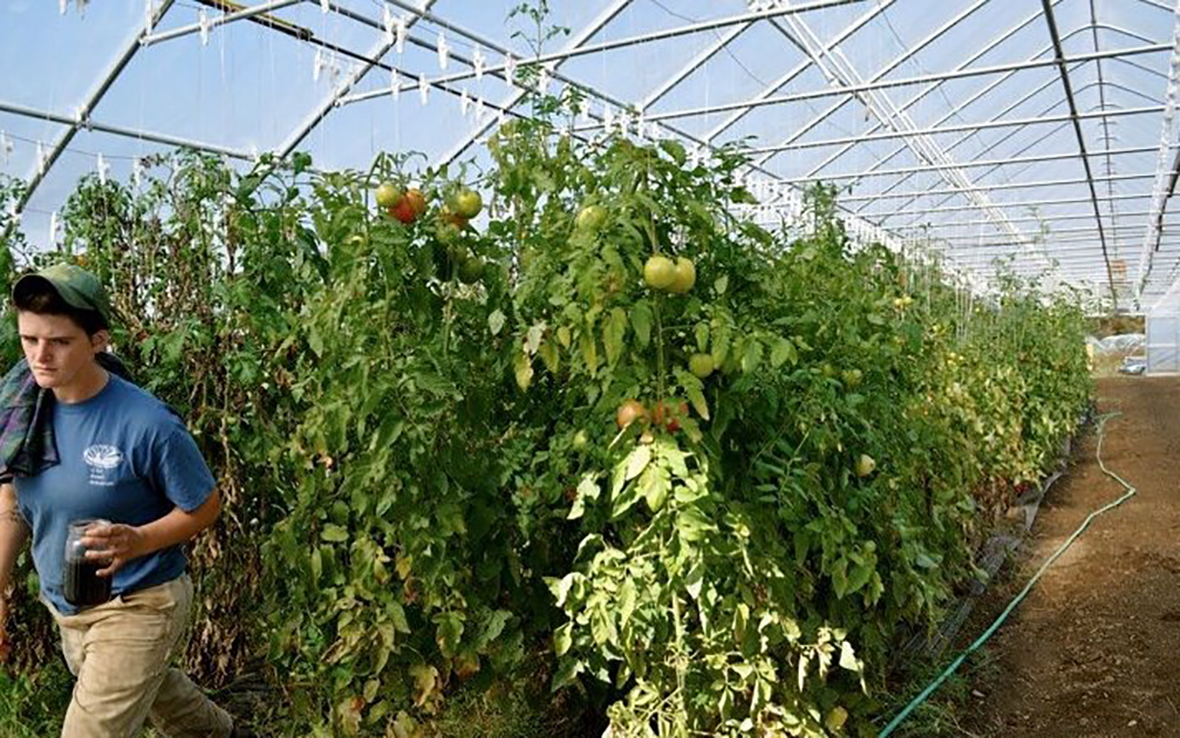 The thing about that question we love to ask children - 'what do you want to be when you grow up?' - is that the answers are most often treated as a humorous anecdote, instead of the highly insightful clues to the future that they are. Because although a young child doesn't have the perspective to understand how their adult career will unfold, and the many directions it can take, that child is probably more clear on what he / she / they loves to do on any given day than many of us are as grownups. Layton's story reminds me how wonderful it can be to look back at a little kid's adventures and see how they wound up shaping the present.

I've always loved to eat (thanks, Mom), and was a pretty adventuresome little kid who played lots of team sports and imaginative games outside...for me, this set the stage for a career in farming. In 2006 I was in college in a part of Western Massachusetts where one could literally close their eyes, throw a brick and hit an organic farmer; they were everywhere. And being so close to many colleges, farms were used to hiring inexperienced young people who were game to receive menial wages and fresh vegetables in exchange for their labor. I was one such greenhorn, and I happened to get a job at Red Fire Farm in Granby, MA, through an acquaintance; I was hooked. What started as a summer gig became my life's work.

Looking back, the thing about farming that drew me in at 19 was how it satisfied my need for challenging, dynamic, empowering and physically demanding work. I was lucky to have landed on a farm that rewarded my curiosity and enthusiasm with increased responsibility and growth - it was an amazing opportunity to nurture so many skills at once. A few years later, I had the good fortune to attend the Farm & Garden Apprenticeship through the Center for Agroecology and Sustainable Food Systems at UC Santa Cruz. The program provided a little respite from the rigors of large-scale production farming on which I'd cut my teeth, but also ended up introducing me to many wonderful mentors who inspired me to become a farm educator as well as a grower.

When I wrapped up the CASFS program in 2012, I came back home to the Northeast in search of farm management positions on nonprofit educational farms. I was interviewing for one such position at another nonprofit farm on the East End of Long Island when I met one of their then-board members: Scott Chaskey, the Director of Quail Hill Farm. I knew of Scott tangentially through the broader farming community in the Northeast, and was totally floored to meet him and talk shop. One thing led to another, and I started on as Farm Manager here at Quail Hill just a month or two later.

First of all, being a very active young person with a somewhat compulsively multidisciplinary brain, I was predisposed to the kind of rigors, focus and flexibility that farming demands. Also, being queer and trans, I was interested in finding physically demanding work that operated outside of strict gender norms in the workplace (I was lucky that when I got into farming, there were folks of many genders present as peers and mentors). And then beyond my personal proclivities, I found that working for a large, rapidly expanding for-profit farm gave me a really important baseline for understanding field-scale efficiencies that make or break a farm business. Then, after production farming for a few years, my experiences at CASFS opened me up to absorb the ecological underpinnings of the work itself, which I owe to a multitude of mentors and educators, as well as my cohort in 2012, with whom I felt empowered to learn and grow and change the food system together.

I, like many others, graduated from college with student loan debt, and unfortunately that debt has prevented me from considering starting my own farm business (for now). I've never considered leaving farming behind, but during challenging times, I've been able to tap into the amazing network of folks from my CASFS cohort for a shot of perspective, humor, inspiration, and a citrus-filled care package or two.

Scott Chaskey, my boss here at Quail Hill Farm, is one of the most patient people I've ever met. I'm sure he'd attribute it to his years sitting at our local Zendo, but I think it may also have to do with running a nonprofit community farm for 30 years. When I began my work here, I was 25 and unbelievably precocious. Cultivating patience has made me a more accessible boss, more effective teacher for our apprentices, and a better advocate for our community farm.

More and more, educational institutions are investing their money in student farms or, at the very least, redirecting their money towards buying produce and other foods from local farmers (thanks in large part to organizers like the Real Food Challenge). Also, local land trusts are becoming increasingly involved with preserving agricultural land in areas with high land values. If you farm on either coast or near a major city, chances are that there's a land trust, or state or local agency willing to help you secure land. That's huge!

The Cost of Opportunity: One Man’s Story of Migrant Work in the U.S.
Andrew Plotsky March 05, 2019